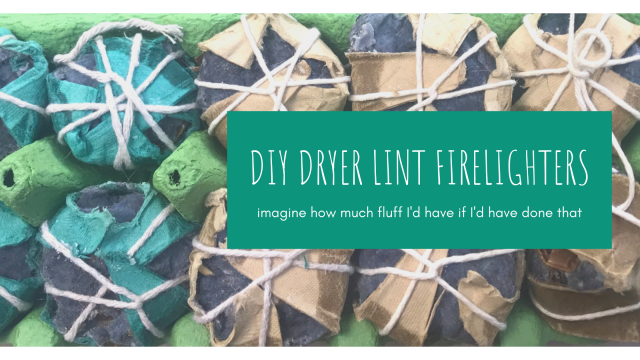 Do you have an ongoing collection of dryer lint *because it might be useful at some point*? Are you in the mood for a summer DI|Y project, the results of which will be unsubstantiable for months? Boy, have I got the zero-waste craft project for you!

Okay so I’ll admit there is nothing “minimalist” about collecting dryer lint, but I have actually been gathering it for this express purpose, not *just because*. I saw this project on a number of zero waste blogs and it seemed very appealing. Going through Nancy’s Clean and Green book, I’ve been realising how many typical household products are highly toxic and the effect that can have on the environment – firelighter chemicals can remain in the ash after they’ve been burned – so replacing them with an eco-friendly option is a good idea. More than that, it’s satisfying to find a genuine use for waste products from the house. Anyone who regularly empties a clothes dryer will understand the strange reluctance to part with what was once your clothes.

One of my absolute favourite quotes, from dinnerladies, talking about regrets:

I think about this All The Time.

I saw this idea on Pinterest and started collecting fluff and the ends of candles from around the house. I also had a candle-related “incident” recently, where I left an expensive scented candle on my extremely sunny windowsill, and so I ended up with a cardboard flower pot that was completely saturated with orange-scented candle-wax. I cut the cardboard up with scissors into thin strips and added some cardboard layers in between the fluff – hopefully the waxy cardboard will help them to burn for longer.

Step 1: Fill egg carton with fluff (and other flammable materials)

Step 2: Melt wax and pour it in on top.
(I did this on top of a plastic bag/sheet so that the table would be protected if any wax soaked through the eggbox. It didn’t really.)

Step 4: Cut up the eggbox with a scissors into individual portions and tie off with some string to hold them together and make them look slightly less like unceremonious balls of lint.

Step 5: I found another long egg-box and slotted the firelighters in to keep them together and store them!

View all posts by IzzyJMcA 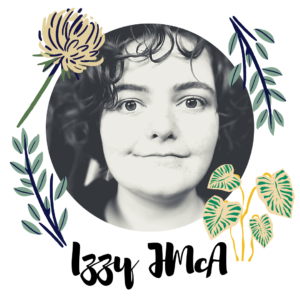 Welcome to EcoMinimalist.ie! I’m Izzy, a costume assistant and zero-waste enthusiast from Dublin.

This is my place to detail my journey towards a zero-waste lifestyle, minimalism and intentional living. I hope you can get inspired by my posts and join the growing number of people making more sustainable choices.